The M4 Shermans were equipped with a Continental R-975 air-cooled radial engine; they have a welded hull. Only the 75mm and 105mm versions were built in the USA, but the M4 was also sparingly used as a basis for 17pdr Firefly tank by the British Army. The users were : US, Britain, Poland, France (few vehicles). Some very late M4s had composite cast/welded hulls (cast hull front identical to M4A1 tanks) (Source : Wikipedia). 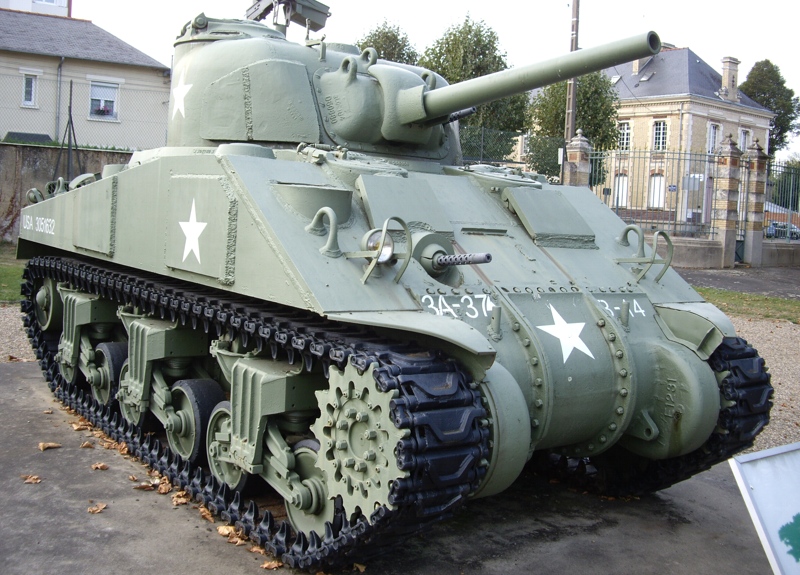 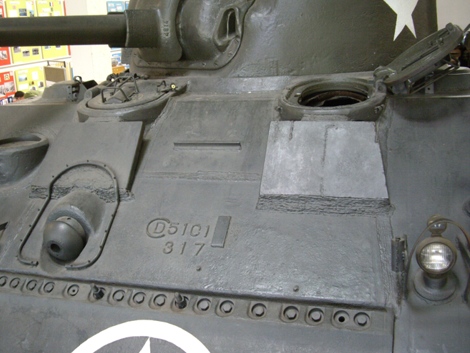 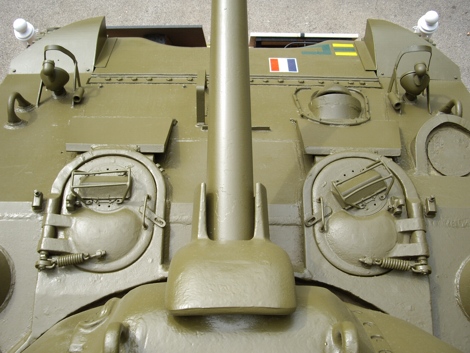 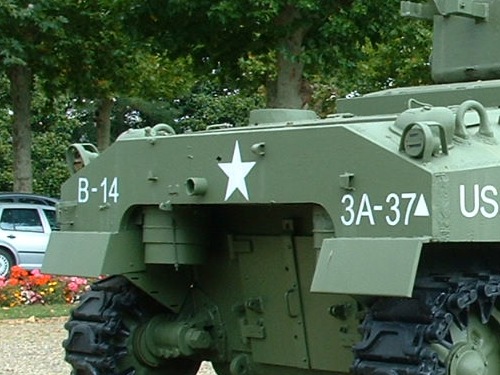 The rear "inverted U" back plate, which has a shallow horseshoe shape.
The plate was vertical on some tanks, and sloped on others. 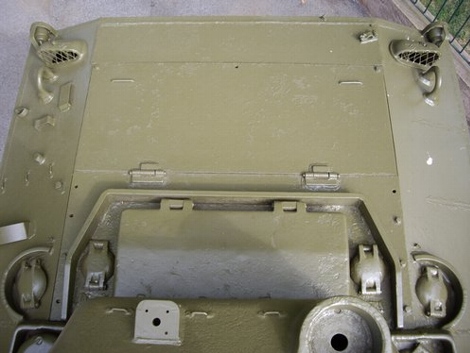 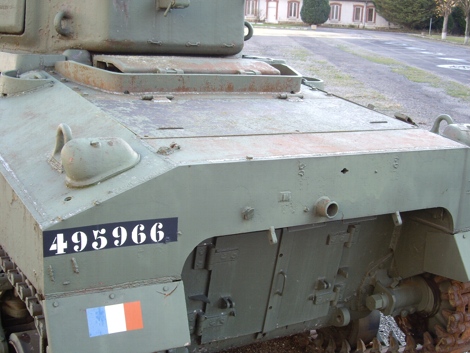 The engine deck plate is the same than on M4A1(75) tanks. 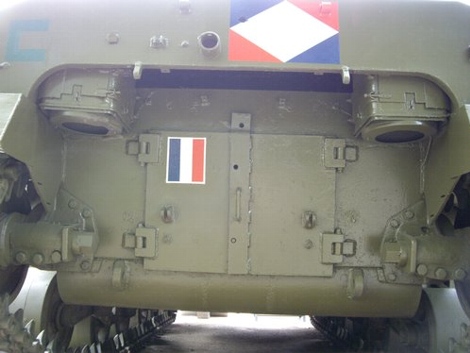 
M4(75) composite Sherman
This variant was only manufactured by Chrysler (1676 units produced). 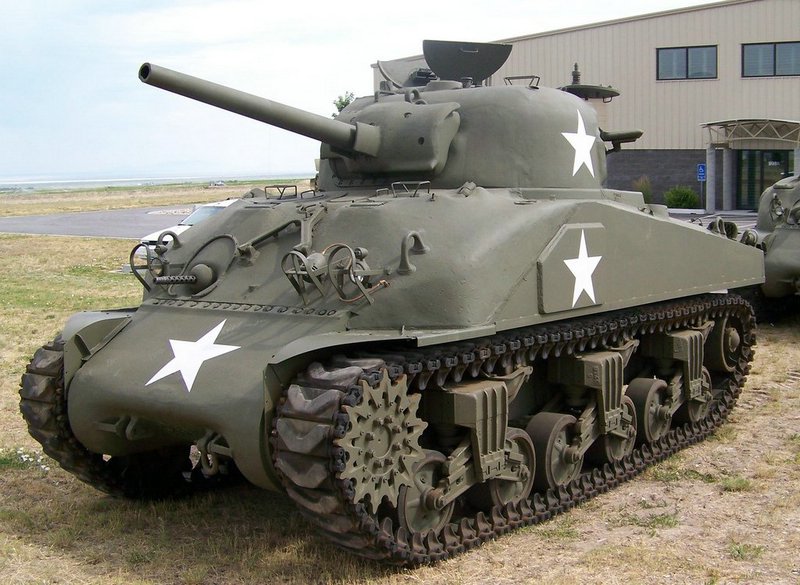 M4(75) composite, a.k.a. M4(75) hybrid. This tank has a cast hull front identical to the M4A1(75), but the rear is welded, identical to the M4(75).
This particular example has large hatches and no hull antenna bracket (photo courtesy of "Nevada Tumbleweed"). Some earlier examples of the composite/hybrid variant have small hatches and a cast hull antenna bracket.

The M4 composite was developed, because casting process was faster & more cost effective, since it eliminated the need for a lot welding. At one point early on, converting all the factories to the manufacture of cast hulls Shermans was contemplated, but there was simply not enough foundry capacity. The cast front end was dreamed up by Chrysler, & was thought to be a partial solution, since the front is where a good deal of the welding man-hours were spent. The front casting was not as enormous as the entire cast hull, so, it could be produced by a smaller capacity foundry.


M4(105) Sherman
This variant was only manufactured by Chrysler (800 units produced). 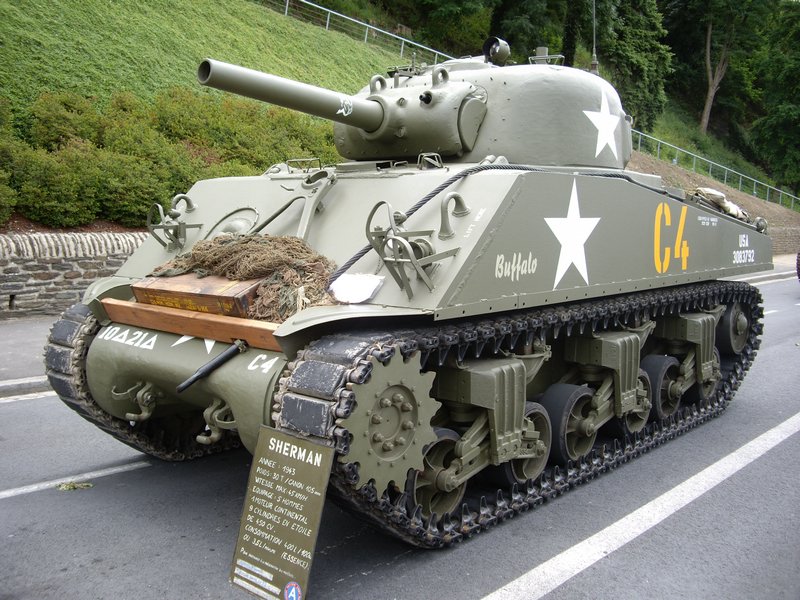 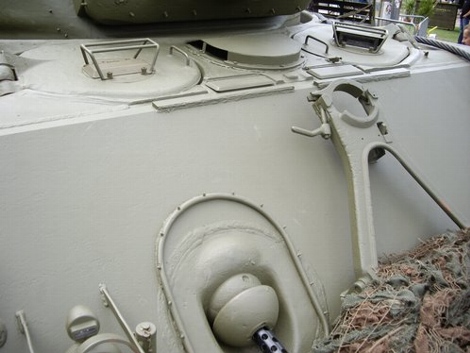 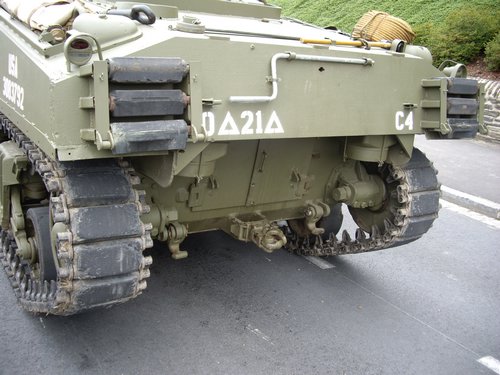 The rear hull plate is sloped, it no longer has a shallow horseshoe shape. 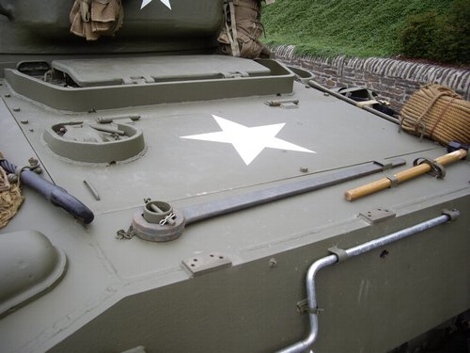 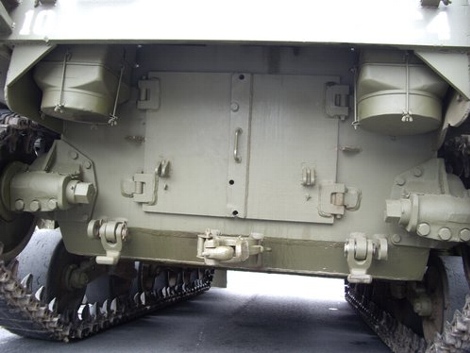 
M4(105) Sherman (HVSS)
This variant was only manufactured by Chrysler (841 units produced). 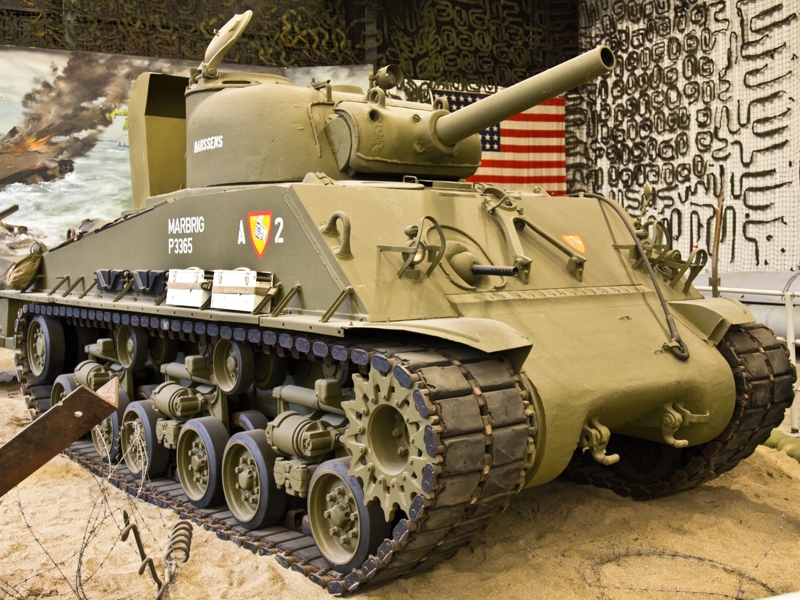 M4(105) HVSS. This tank has a 47° glacis, large hatches and a dry ammunition stowage, it is equipped with the Horizontal Volute Spring Suspension.