The M4A1 Shermans were equipped with a Continental R-975 air-cooled radial engine; they have a one-piece cast hull, there were 75mm and 76mm versions only. The users were : US, Britain, South-Africa, France (small numbers), China (Source : Wikipedia). 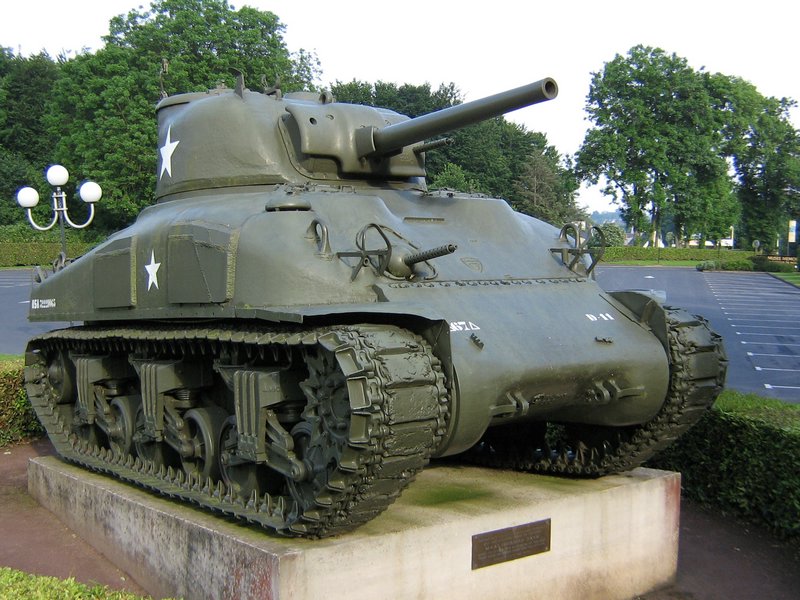 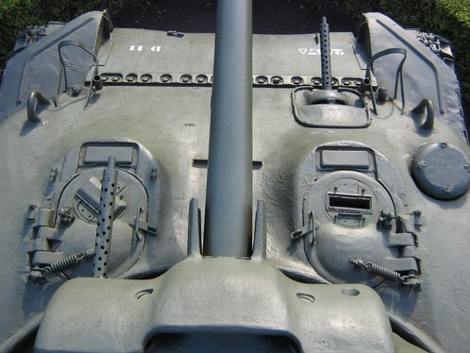 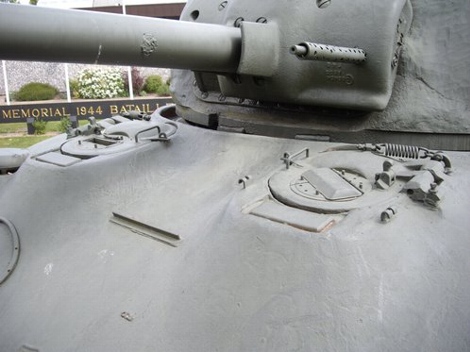 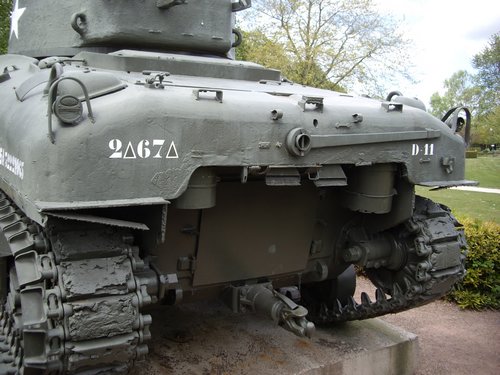 The rear hull plate has a shallow horseshoe shape, it is nearly vertical. 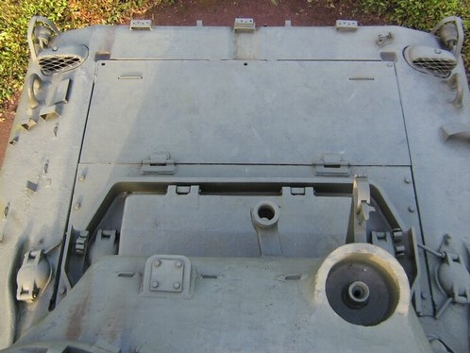 The engine deck plate is the same than on M4(75) tanks. 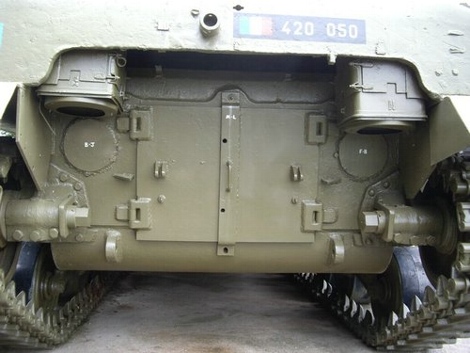 There are two engine access doors, the large grille protecting the air cooling system is missing here, but can be seen below. 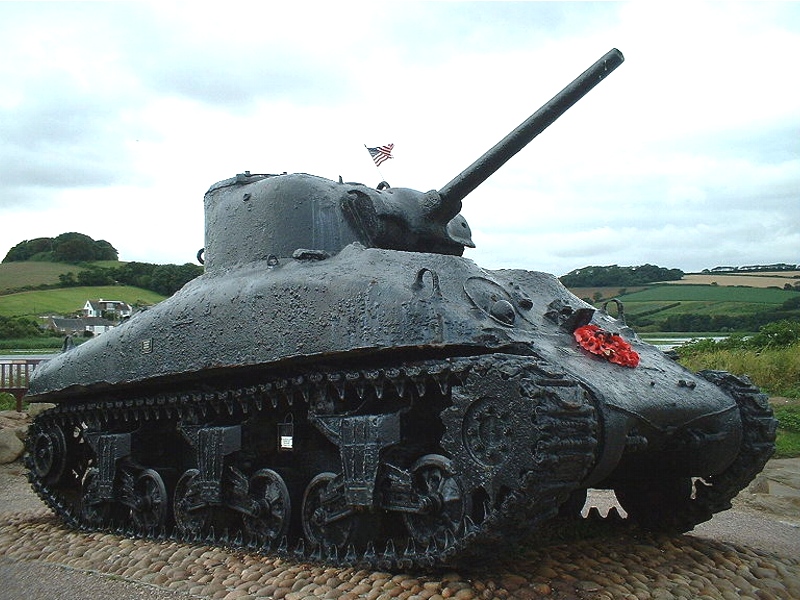 M4A1(75) (large hatch hull). This tank is a transitional version of the M4A1. It has the cast hull with large hatches, but still retains the 75mm turret and main gun. It features a "high bustle" turret to improve clearance for the larger drivers' hatches of the later hull designs. It also has "cast in appliqué" on the hull sides. It is estimated that 100 tanks of this particular transitional version were built by Pressed Steel Car. Most of them were converted to Duplex Drive swimming tanks, like the one shown above (photo courtesy of Wikipedia). 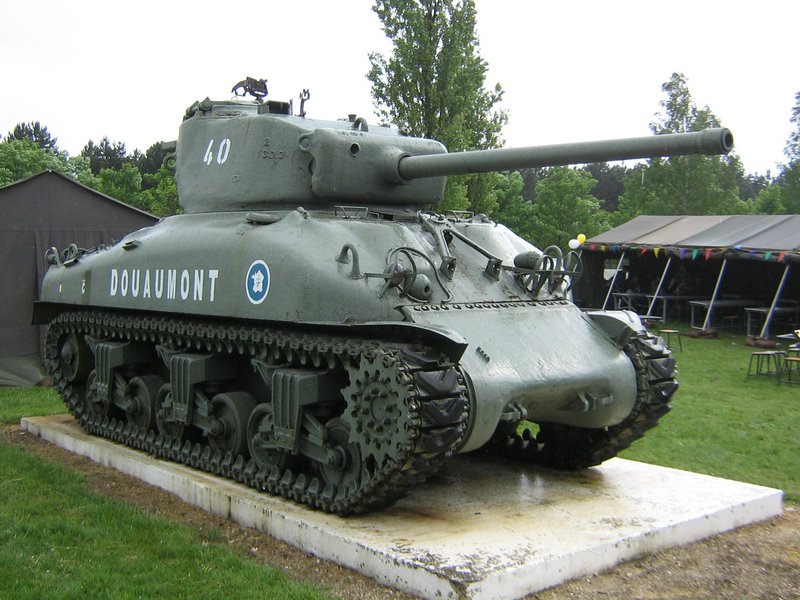 M4A1(76)W. This tank has a one-piece cast hull, a 76mm gun with a muzzle brake, large hatches and wet ammunition stowage bins. 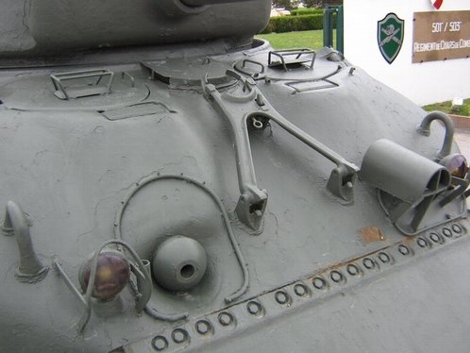 The tank has large hatches. 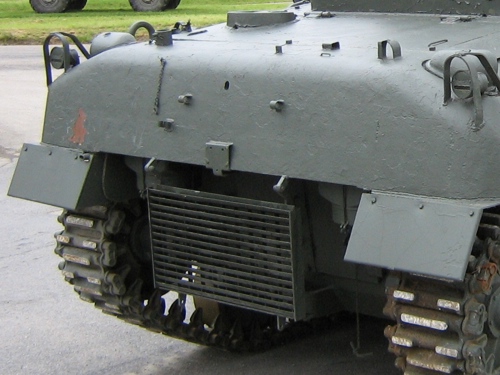 The rear hull plate is nearly vertical, it no longer has a shallow horseshoe shape. The large grille seen here is the Barber-Colman exhaust deflector. 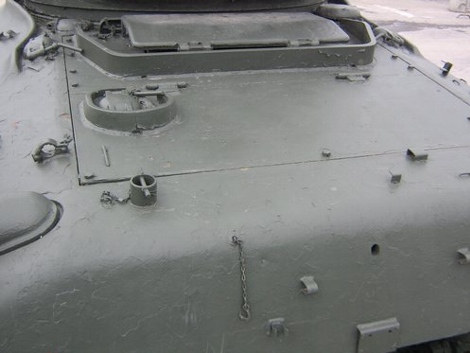 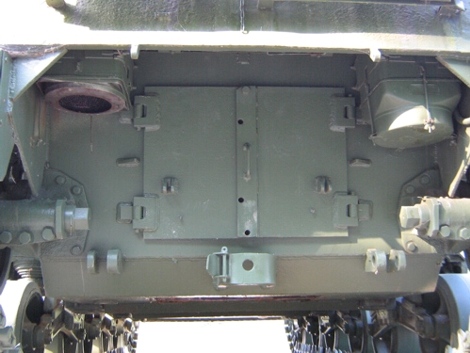 There are still two engine access doors, the exhaust deflector is also missing here, like on many monument tanks. 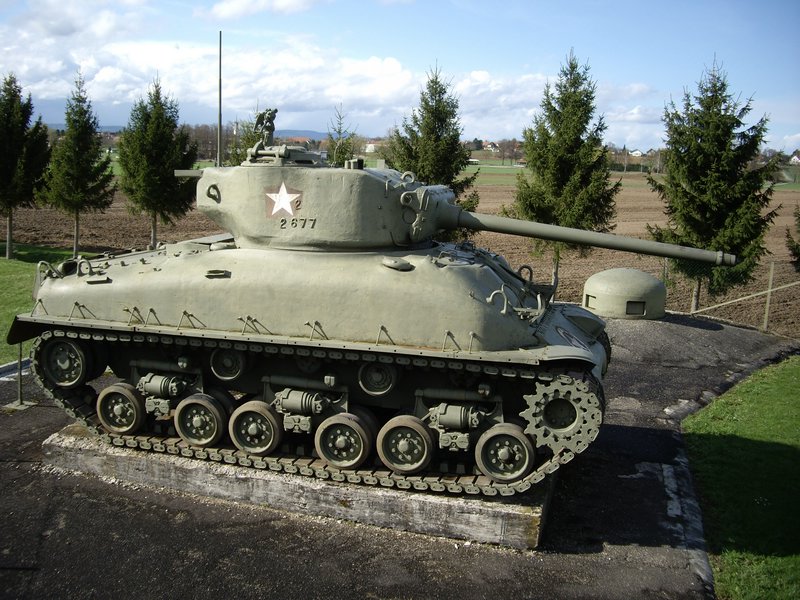 M4A1(76)W HVSS Sherman. This tank is nearly identical to the M4A1(76)W, however it has the Horizontal Volute Suspension System.